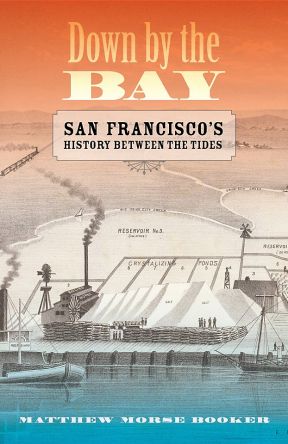 Our April 2014 speaker is environmental historian Matthew Booker. He is an Associate Professor in the Department of History at NC State and his research examines the intersection between human beings and the natural world in North America.

“In my current project, I am researching the history of the oyster industry in the United States during the industrial and urban revolutions of the late nineteenth and early twentieth centuries. Oysters are a window onto a bigger transformation, which I imagine as “why did urban Americans lose faith in local food in the twentieth century?” “

A native of Northern California, I descend from Maine businesspeople (by way of Bellingham, Washington) on my mother’s side and Virginia tobacco farmers (by way of Independence, Texas) on my father’s side. I have been through a variety of educational institutions, including an inner-city nursery school, grades K-8 in a tiny rural school, a suburban Catholic high school, the University of California at Berkeley, Hindu College at the University of Delhi, India, the University of Oregon in Eugene, the University of Washington in Seattle, and Stanford University. Before, during and between schools, I have worked with varying success as a bus driver, wine server, carpenter, landscaper, tile-setter’s assistant, title insurance examiner, field ecologist, and newspaper editor.

You can learn more about Professor Booker at his website.